The nut, the most profitable alternative in Spain

Why is it so profitable to produce walnut?

Meristec proposes one of the most profitable farming in Spain: walnut trees for nut.

Spain has an important agricultural production, and it is curious to find a product like walnut with a deficit commercial balance. In our territory, more than 27,000 tons of walnuts are consumed annually and around 15,000 tons are produced.

Increase in consumption in spain

In the period between 2012 and 2018, the consumption of walnut in our country has increased by 60%. And in the period 2008-2016 it intensified by more than 100%. Spain is the fourth largest importer of nuts in the world, surpassed only by Germany, Japan and South Korea.

Per capita consumption in Spain reached 0.6 Kg in 2016, while the average in the rest of the EU countries is around 200 g. Expectations of increased consumption exceed those of increased production. In addition, the nut produced in our country is more demanded than the Californian. In this way, prices which, due to their higher quality, remain higher than those of foreign competition. Demand is therefore guaranteed, being this a more than profitable production

Advantages of the walnut

Walnut is a crop that can be mechanized integrally, from pruning to harvesting. Its cultivation costs are around 50% of those of a conventional fruit tree. The nut is easily preserved in agricultural warehouse conditions, avoiding the problems associated with perishable products and allowing marketing at the most interesting time of the market.

At Meristec we are committed to renew, innovate, research and develop biotechnological constants that meet the demands of the agricultural market.

With more than 20 years of experience in the sector, we have a group of researchers specialized in the development of in-vitro culture technology.

Copyright All Rights Reserved © 2019. Creada por enfoque-in
We use cookies on our website to give you the most relevant experience by remembering your preferences and repeat visits. By clicking “Accept”, you consent to the use of ALL the cookies.
Cookie settingsACCEPT
Manage consent

This website uses cookies to improve your experience while you navigate through the website. Out of these, the cookies that are categorized as necessary are stored on your browser as they are essential for the working of basic functionalities of the website. We also use third-party cookies that help us analyze and understand how you use this website. These cookies will be stored in your browser only with your consent. You also have the option to opt-out of these cookies. But opting out of some of these cookies may affect your browsing experience.
Necessary Always Enabled

Any cookies that may not be particularly necessary for the website to function and is used specifically to collect user personal data via analytics, ads, other embedded contents are termed as non-necessary cookies. It is mandatory to procure user consent prior to running these cookies on your website.

Walnut tree for walnut: The most profitable alternativeMeristec 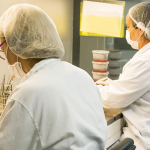